Did you know that you can easily download – for personal and commercial use – free images, photos, and artwork, courtesy of the U.S. government? I’ll admit, public-domain government images may not sound as appealing as some of the popular free-image websites out there. But I did some digging and found five government websites that offer high-quality beautiful, unusual, and completely free public-domain imagery.

Fortunately for us, these government-run sites don’t ask for any personal information to access their libraries or download their images. You don’t have to sign up for an email newsletter, or create an account, or give up your credit card number to get their free images.

On these sites, I discovered photos and artwork that range from breathtaking and stunning, to functional and scientific. And for those of you who seek beauty in the grotesque – scroll down to the last example in this post, where I’ve shared some images that are unbelievably bizarre and gruesome. Warning to the squeamish: you might want to skip this one. 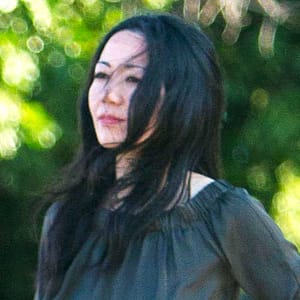 Visible Earth is a NASA website with over 30,000 free public-domain images, including a massive library of spectacular high-resolution aerial views of our planet. 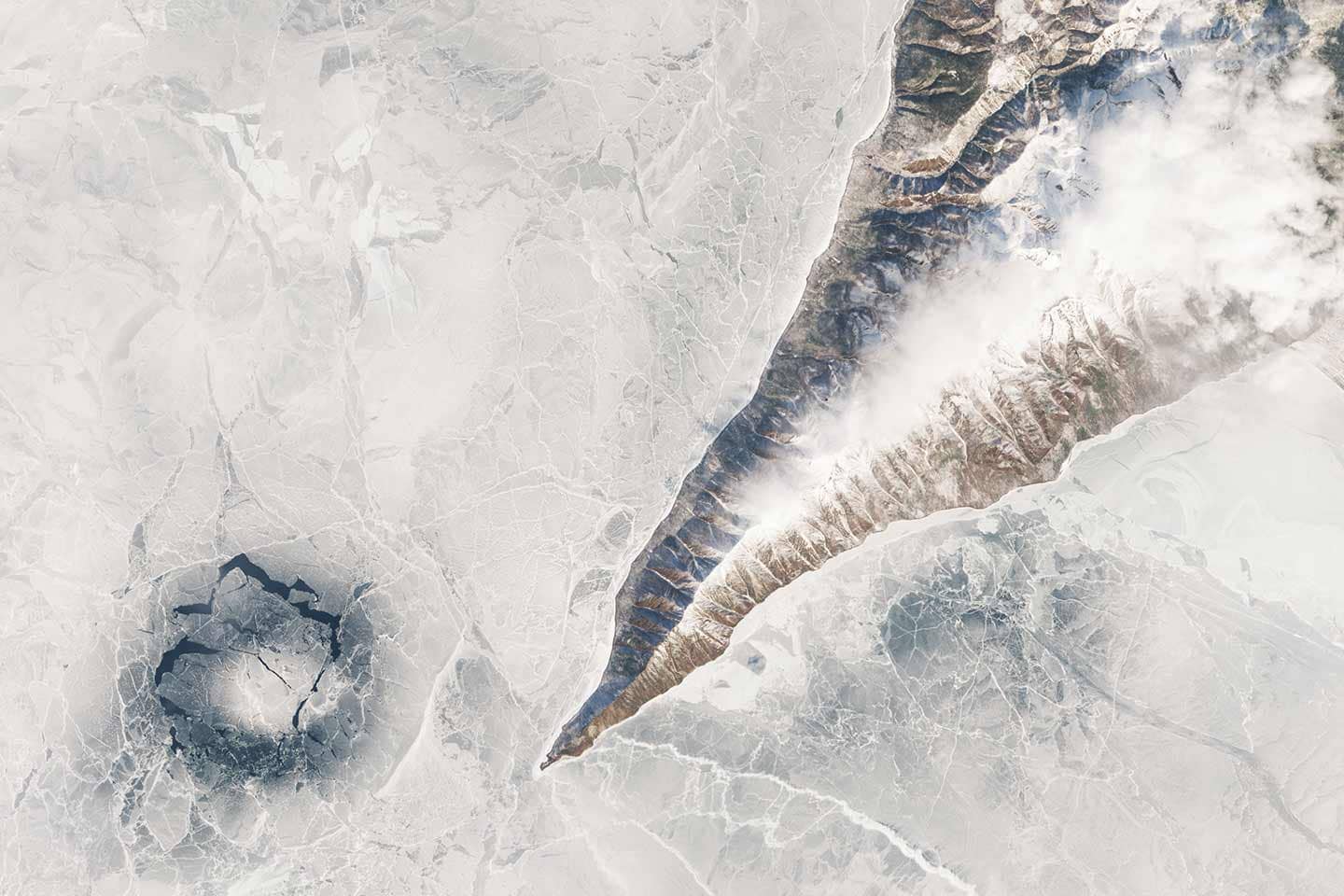 I’m absolutely mesmerized by the abstract compositions that would be right at home in an art gallery. Props to mother nature for the stunning works of art and NASA for capturing and sharing them with the world.

NASA offers a generous image use policy. However, if you are planning on using any of their imagery in your work, please review Visible Earth’s image use policy here, as well as NASA’s media guidelines here to be sure that you’re not infringing on potential copyrights for any special-case imagery.

The Library of Congress (LOC) serves the U.S. Congress and is the home of the U.S. Copyright office. It’s one of the largest libraries in the world, boasting millions of books, recordings, photographs, newspapers, maps, and manuscripts in its collections.

Besides its physical resources across three locations in Washington, D.C., the LOC houses a massive digital collection with over 15 million electronic assets. It’s a source for free public-domain government images, as well as audio, video, and archived web content.

There’s a ton of images and artifacts to sift through, so for a quick browse, the LOC has curated themed sets on their Free to Use and Reuse page.

Free to Use and Reuse collections that caught my eye

Poster Parade is a set of vintage posters, dating back from the 1890s through the 1960s, featuring commercial products, travel, war propaganda, and more. These copyright-free posters are an invaluable source of inspiration for graphic designers and illustrators who want to study historical art and design movements.

Gottlieb Jazz Photos is a collection of William P. Gottlieb’s photographs of jazz pioneers in Washington, D.C., and New York City. The photos were made from 1938 to 1948, during the “Golden Age of Jazz” when swing reached its peak, and modern jazz was developed.

According to the LOC, Gottlieb dedicated his works to the public domain. However, to protect the persons or subjects of these works, rights of privacy and publicity may apply, so I recommend researching the rights specific to each photo before using them.

Using LOC’s Image Search To Find Exactly What You Need

Besides skimming through the LOC’s curated collections, you can also search for images based on location, format, date, and more. I found these pieces while exploring ukiyo-e, or Japanese woodblock prints. Luckily for us woodblock fans, the works have been scanned at a super high resolution, so it’s easy to zoom in and admire every intricate detail and texture.

If you are considering using an image from the LOC collections and are concerned about copyright issues, it should be (mostly) all good. The LOC “believes that this content is either in the public domain, has no known copyright, or has been cleared by the copyright owner for public use.”

Nothing is 100% guaranteed, though, so please do your own research for the piece you are interested in using. You can find specific copyright in the Rights & Access section on the webpage for each item. You can also learn more about the Library of Congress’ general copyright info here.

As I write this, we are in the midst of the coronavirus lockdown. I’m sure you’ve seen the scary COVID-19 orb monster with red broccoli-like growths sprouting from its surface. Have you ever wondered who makes these fascinating visuals?

The CDC employs a team of artists that illustrates abstract medical concepts using traditional drawing methods and powerful, industry-standard 3D graphics software like Autodesk 3ds Max. The artists help the public understand complicated ideas by making disease-causing pathogens and microorganisms tangible and visible through the use of texture, color, and form.

I’m captivated by these images. Their ethereal, transcendent vibe reminds me of album covers designed in the early 90s by Vaughan Oliver for Lush, an English shoegaze band.

I have a few ideas for projects that I’d like to work on during this lockdown. One idea would be to grab some CDC illustrations and make my own Vaughan Oliver-inspired album covers.

If you are interested in using CDC’s public-domain government images in your own projects, take a look at their image reuse terms here.

Are there any map nerds out there? For many years, I designed maps for environmental impact reports. This may sound like boring work, but I enjoyed the challenge of making each map as refined, precise, and beautiful as possible, focusing on every color, line, shape, and symbol.

Besides being a practical wayfinding and planning tool, maps can be used in your designs to convey concepts of exploration and culture, and in the case of these topographic maps of the Hawaiian Islands, mid-century history.

These public-domain maps were made in the 1950s to the 1960s, right around the time Hawaii became the 50th state of the United States. I think the warm, vivid color schemes of these maps perfectly reflect that era.

A Quick Background On Topographic Maps

Topographic maps use contour lines to depict the shape and elevation of the land, displaying 3D information on a 2D surface. The USGS began developing topographic maps of the United States in 1879. Over the years and to this day, the USGS has produced updated versions of each map.

Since the United States government funds this work, the maps are in the U.S. public domain. With nearly 200,000 maps available, they are an abundant resource for adding unique design elements to your artwork.

You can even print maps of locations that are meaningful to you and hang them in your studio for inspiration or for planning your next vacation.

If you are concerned about poor image quality, don’t fret. These maps are free to download at a 300 PPI TIF format. The Oahu map I downloaded is a whopping 28” wide by 22” tall, at 300 PPI. Perfect for instant (and free!) wall art.

Info on USGS copyrights and credits can be found here.

The United States NLM is one of 27 institutes and centers within the National Institutes of Health (NIH). Located in Bethesda, Maryland, the NLM is the world’s largest biomedical library, with over seven million pieces in its collection, including medical books, journals, manuscripts, photographs, and other public-domain government images, in addition to some of the world’s oldest and most obscure works.

NLM’s Digital Collections – Not For The Faint Of Heart

Established in 2007, the NLM’s Digital Collections is a free online repository of biomedical resources, accessible worldwide. Most of the content is available within the public domain. The Digital Collections cover many topics, including medicine in the Americas, tropical disease videos, and World War I-related medical publications.

The World War I series consists of over 700 public-domain books and one short film.

The five-minute-long WWI film documents French Red Cross workers sculpting facial molds for disfigured soldiers. It’s eerie and unsettling to watch, yet I was deeply moved by the compassion of the team.

The staff expertly paints faux chins and noses, and they chat casually with their charges while fitting them with custom-made prostheses. The workers proudly examine their handiwork on the faces of the injured servicemen, helping them restore their identities and regain a sense of normalcy.

Images from the History of Medicine

If you’re drawn to the macabre and peculiar, check out the NLM’s public-domain Images from the History of Medicine.

I spent nearly three hours exploring this repository of public-domain photos and drawings, captivated by its archaic and creepy medical imagery. To give you an idea of how vast this archive is, it contains over 70,000 images in 96 languages! Here are some of the strange pieces that I discovered.

Am I a weirdo for being captivated by these curiosities? I imagine that there are many interesting uses for them. They’d work great as album art for an underground band with an unconventional sense of humor. Or, hang them in your cubicle to keep unwanted guests away! Since these images are free-to-use and in the public domain, they’d make for quick-and-easy artwork or a free co-worker repellent.

I found many more examples of even gorier – yet strangely beautiful (to me, anyway) – images that I wanted to share, but my partner advised against it. He felt that they were too gross to post, and I suspect that many of you would agree. Perhaps that’s for the best and will encourage you to investigate and find your own treasures. You may make some surprising discoveries!

If you are interested in obtaining public-domain government images from the NLM, you’re in luck. According to the NLM, “Works produced by the U.S. government are not subject to copyright protection in the United States. Any such works found on National Library of Medicine (NLM) Web sites may be freely used or reproduced without permission in the U.S.” Read more about using works from the NLM website and the attribution of sources here.

Would You Use Public-Domain Government Images In Your Work?

I hope you enjoyed checking out these government websites and their troves of beautiful, unusual, and free public-domain government images with me. Although the visuals we found might not be for typical everyday use, I think these websites are worth bookmarking and exploring for potential future projects.

Because hey, you never know when you might need a high-resolution map of your home state dating back to when your parents were kids. Or you might find yourself in a pickle one day, trying to come up with gory artwork for an underground death metal album cover. In the land of the free public-domain images, the U.S. government’s got your back.

This site uses Akismet to reduce spam. Learn how your comment data is processed.